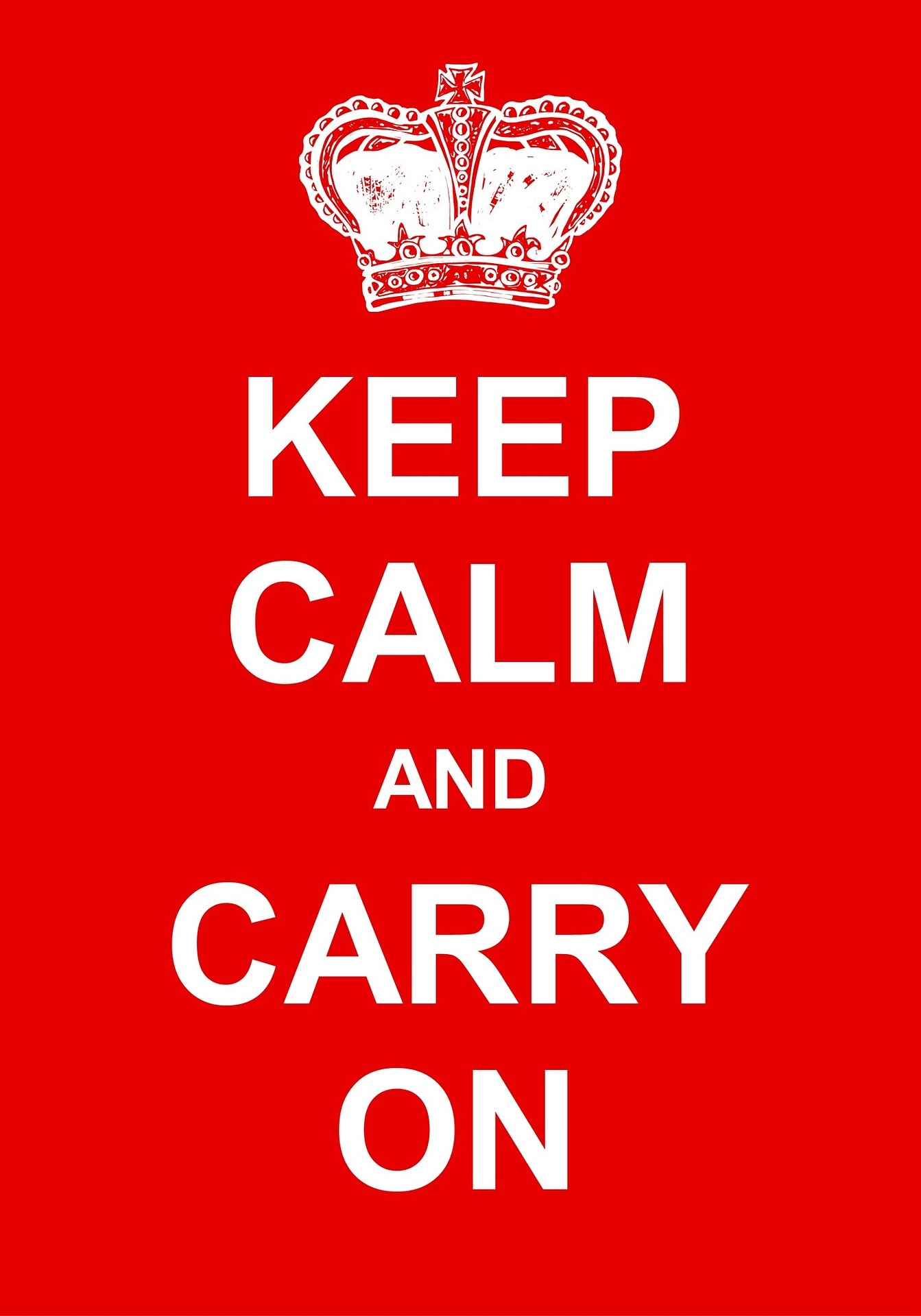 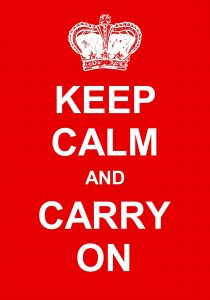 In 1939, Europe faced chaos. Germany, under a terrifying ruler, launched military actions against its neighbors, with a clear objective of far-reaching conquest. Looking ahead, the British government pondered what actions to take should there be an invasion or mass bombing of England.

During the summer of that year, a series of three posters were produced by the Ministry of Information in London. One of them read “KEEP CALM AND CARRY ON”. Nearly 2.5 million were printed and kept in storage, to be used for bolstering public morale if times became especially dire. Interestingly, the posters were never distributed. They were recycled to pulp as part of the Paper Salvage campaign in 1940.

A few surviving copies of the Keep Calm And Carry On poster surfaced in a box of second-hand books purchased at auction by a shop owner in the year 2000. The slogan was revived, which led to memes, imprints on coffee mugs, t-shirts, calendars, etc. Many of these saying are parodies of the original. They’re meant to be clever or funny, but personally I’m not a fan. This motto comes from a truly solemn matter – I don’t want to make light of it. (If you disagree, that’s fine. Let’s not quarrel.)

The world today is once again chaotic. Volumes of information and misinformation are going around. In the midst of the confusion, let’s take a lesson from World War II era Britain.

Keep calm – Regardless of the threat level (I’m not qualified to comment), it does no good to panic. Fear makes us more vulnerable to all sorts of undesirable consequences and stirs the same in those around us.

Carry on – Indeed, there are challenges and major adjustments to be made as businesses close, events are cancelled, quarantines are imposed, and the like. We’ve got to be wise with our health and that of those around us. But life goes on, and we must go on with it.

It was good advice then, and it is again today: Keep Calm And Carry On, even as we wait eagerly for victory over a serious situation.